So I've managed to complete my small project today as well.

This is a 3D fantasy print mage which I picked out of the bargain bin to practice with Army Painter Speed Paints on.

I've had to highlight up in a few areas from the base speed paints, particularly the flames and the skin, but all in all it's been an interesting model to paint, and a change from the WW2 stuff. 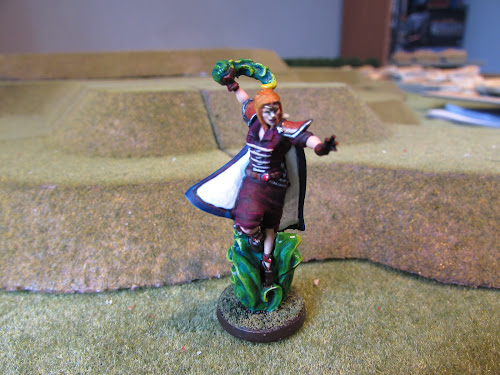 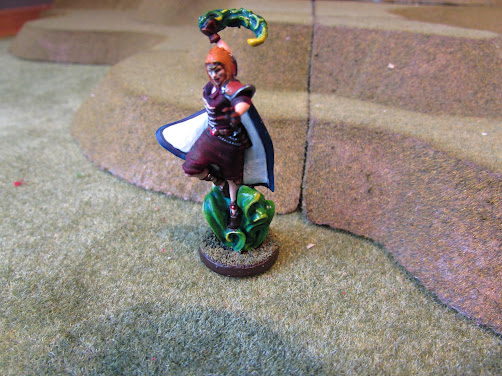 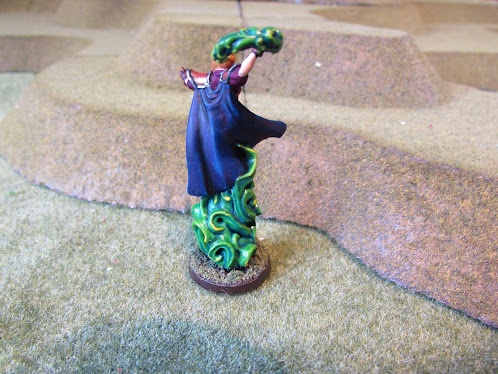 Posted by Leonardofury at 16:05 No comments:

Small update today, it's been a busy month (another holiday, for example), and while I've done some painting, I've not done nearly as much as I should have.

What I have managed to paint is these Skytrex crates and wool bales for the railway. I have another small project I'm working on, but that isn't done yet. 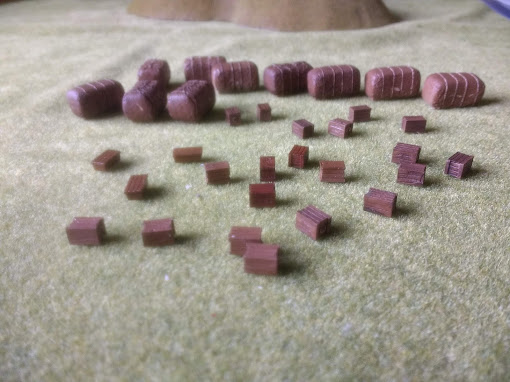 Posted by Leonardofury at 00:34 No comments:

Wow, it has been a while since I updated on here!

In between a skiing holiday, a bout of Covid after the skiing holiday and taking advantage of the nice weather to get out and do some walking and seeing friends, the modelling progress has dropped off a bit recently.

So what have I actually been able to do?

Well I've been doing a lot of building and priming largely. Of particular note are these Jordanian M48 tanks which have been heavily converted from Skytrex M48A1s to model the cupola-less turrets and the rear mounted external fuel tanks these vehicles had in Jordanian service. The rear fuel decks were scratch built out of Plasticard and spare fuel tanks from PSC M3 Stuarts, while the top hatch is from Battlefront Centurion tanks with a .50 cal MG and mount from an old Battlefront Sherman kit and an M113 respectively. 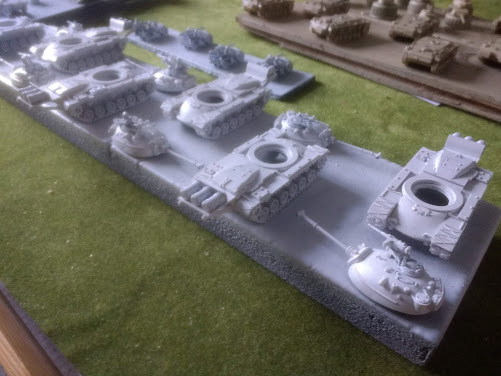 In addition, I've build other stuff, here you can see my Jordanian M47 and M48 tanks, Saladin Amoured Cars, Jeeps mounting 106mm Recoilless Rifles and there are also some M113s (built last year) to be airbrushed as well just off shot. In addition, I have the start of my new Tunisian German force with 6 Panzer III and 3 Panzer IV. These are Battlefront and despite the good quality are from the excellent value new Kasserine set. Finally there is a Wizard character, who I picked up out the bargain bin at Battlefield Hobbies as a test piece for the new Army Painter Speed Paints (I also picked up the Mega Set while I was there). 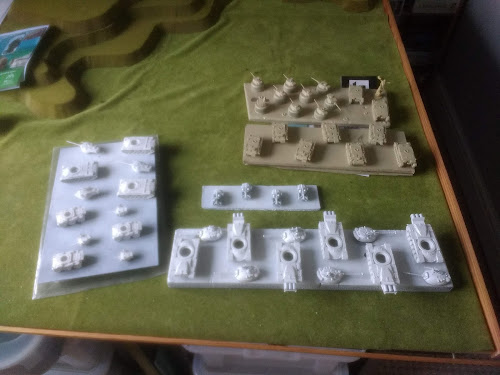 Here we have 10 wooden barrels, which I have finished for the railway. In the background you can see some crates and wool bales, which I still need to finish. All of these are from Skytrex. 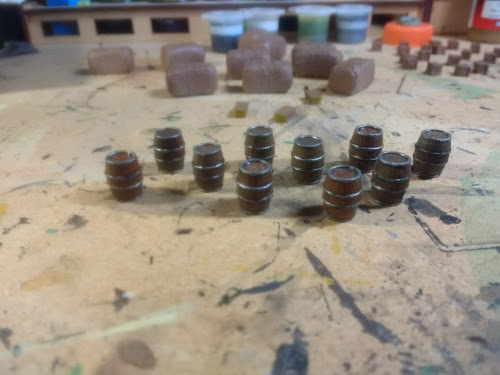 Finally, I attended the Corrivalry Flames of War event at Battlefield Hobbies at the start of this month. I had a good time, coming 8th out of 20 overall. I also won Best Painted Army for my British Armour, who you can see below. 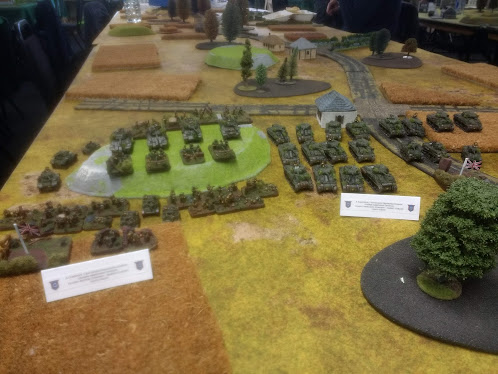 Posted by Leonardofury at 23:54 No comments:

So I've completed some more Superquick Kits for the railway.

The platform and shed weren't too hard to put together, but the Stationmasters House and Crossing Cottage has been a bit more of a pain and I've felt less motivated to finish these. I have now done so however. 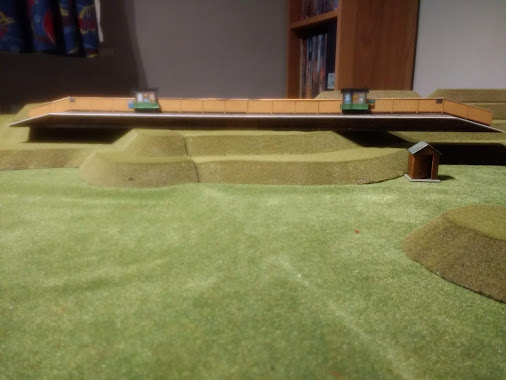 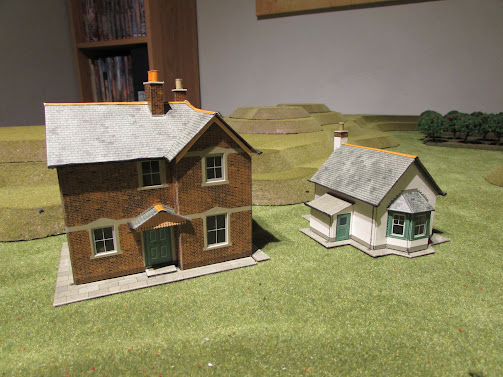 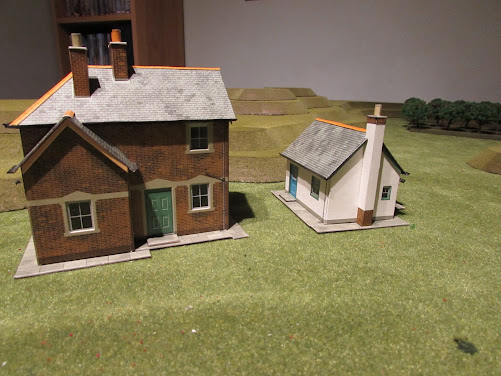 Posted by Leonardofury at 15:39 No comments:

Well after a week or so of bad weather preventing me varnishing these, I have finally got my Harriers finished. While Cold War warplanes might not be massively tasteful ATM, this blog is to log my painting progress and these are what I have painted most recently.

These models are the old resin Harrier GR3, made by Battlefront. Quite nice kits, but one of the intakes had a nasty extra piece of resin and I had to repair one of the intakes with putty after I damaged it fixing the casting error. As these are now out of production, I had to sort it out myself, rather than get a replacement.

I think they have come out well. 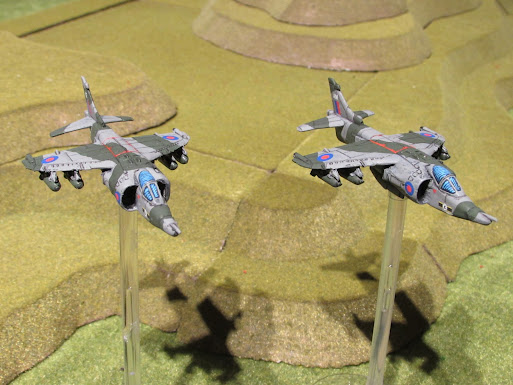 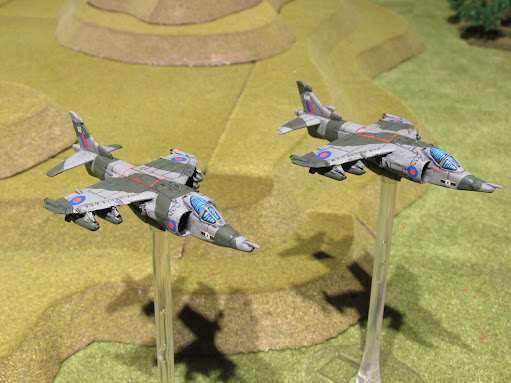 Posted by Leonardofury at 15:49 No comments:

Signal of the Times?

So a railway update this week. I have finished my Signal Box!

This kit is from Metcalfe. While building it, I realised that the cabin windows were rather large and that the bare interior would be quite visible. As such, I ordered the Metcalfe Signal Box interior kit, which is pictured below, and also while being installed.

Finally, I touched up bare edges with paint (Citadel Contrast is useful for this) and fitted gutters and a drainpipe to the rear (previously the snap off end of a CV-19 test swab, shame to throw perfectly good 3mm rod away!). 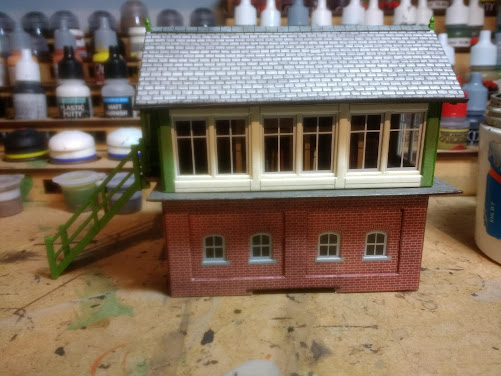 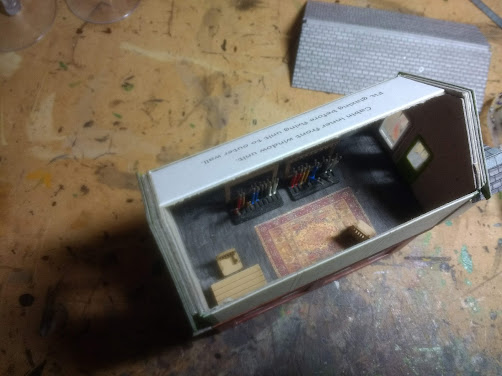 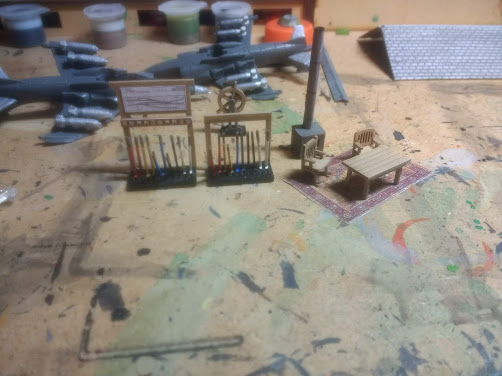 There's a hint in the last picture as to the next blog update, those Harriers have paint now!

Posted by Leonardofury at 16:05 No comments:

So I've actually got some stuff done over this month.

Firstly are these 2 Armoured Sd Kfz 7 Halftracks. They are from Forged in Battle and came with one of the 8.8 Flak gun kits. I had no use for them, but decided to rescue them from the ebay pile and paint them instead. 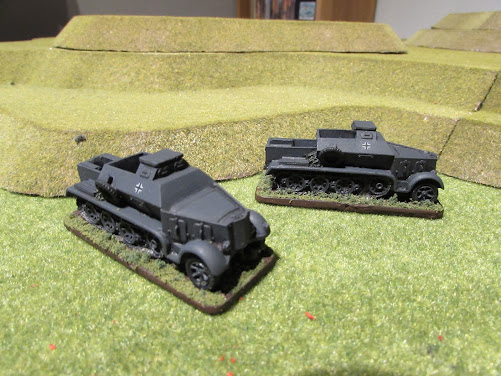 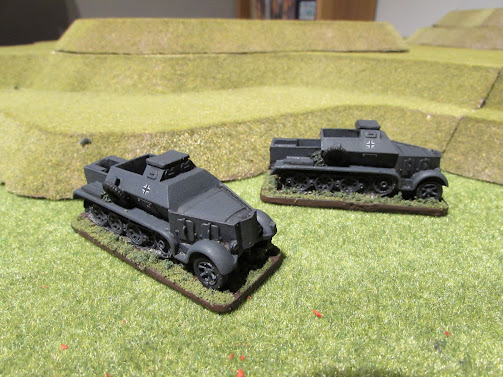 Next up are the final 4 Panther tanks from my company. As with the previous models these are also Forged in Battle. The biggest challange with these at the moment is finding space for them in the German Army boxes! 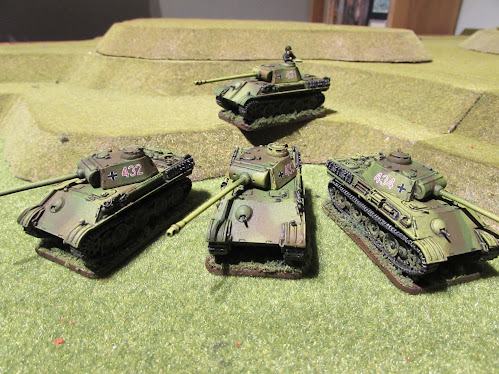 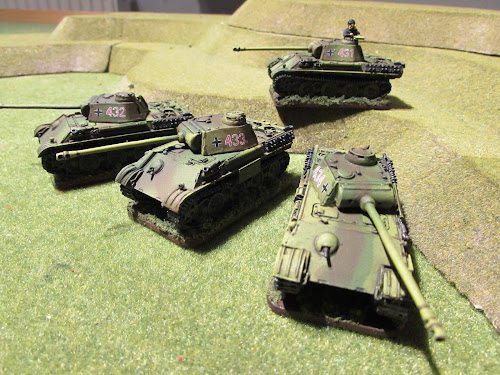 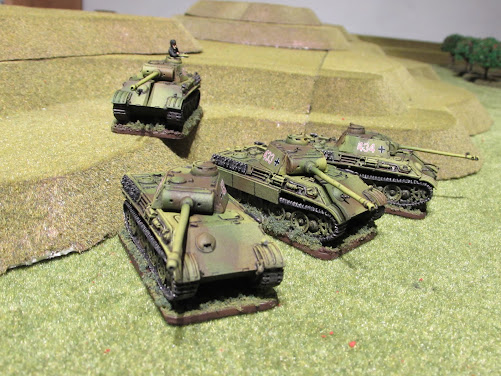 Finally, my Team Yankee British have received a boost, with a platoon of infantry to support my Chieftains. These are produced by Battlefront and are from their Team Yankee range. 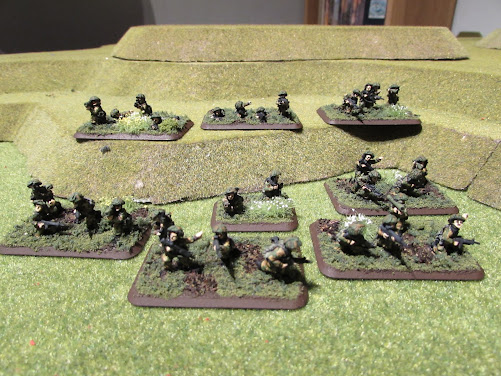 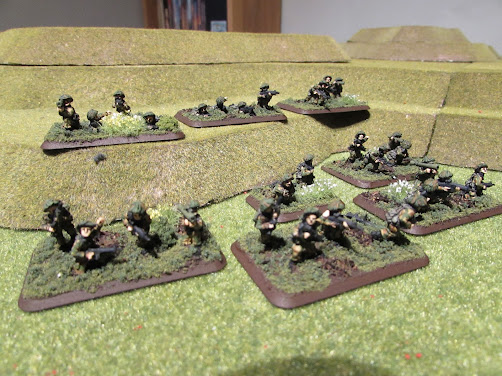 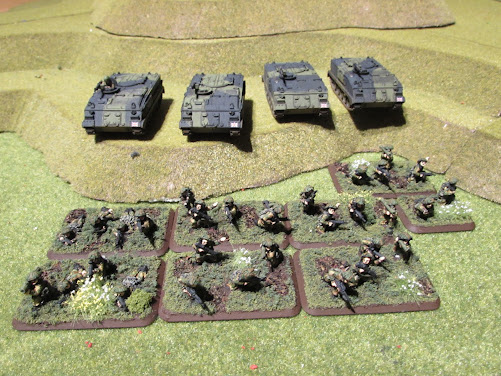 Posted by Leonardofury at 16:24 No comments:

Leonardofury
A wargamer from Manchester. Interested in Historical, Fantasy and Sci-Fi gaming.